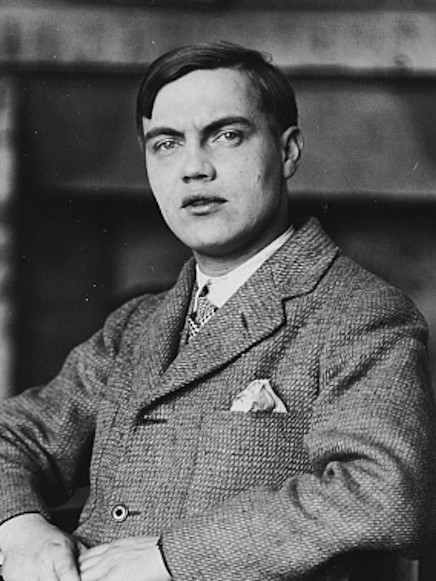 George Johann Carl Antheil (; July 8, 1900 – February 12, 1959) was an American avant-garde composer, pianist, author, and inventor whose modernist musical compositions explored the modern sounds – musical, industrial, and mechanical – of the early 20th century. Spending much of the 1920s in Europe, Antheil returned to the United States in the 1930s, and thereafter spent much of his time composing music for films, and eventually, television. As a result of this work, his style became more tonal. A man of diverse interests and talents, Antheil was constantly reinventing himself. He wrote magazine articles (one accurately predicted the development and outcome of World War II), an autobiography, a mystery novel, and newspaper and music columns.

In 1941, Antheil and the actress Hedy Lamarr developed a radio guidance system for Allied torpedoes that used a code (stored on a punched paper tape) to synchronise random frequencies, referred to as frequency hopping, between a receiver and transmitter. It is one of the techniques now known as spread spectrum, widely used in telecommunications. This work led to their being inducted into the National Inventors Hall of Fame in 2014. Provided by Wikipedia
Showing 1 - 16 results of 16 for search 'Antheil, George, 1900-1959', query time: 0.17s Refine Results
Search Tools: Get RSS Feed — Email this Search