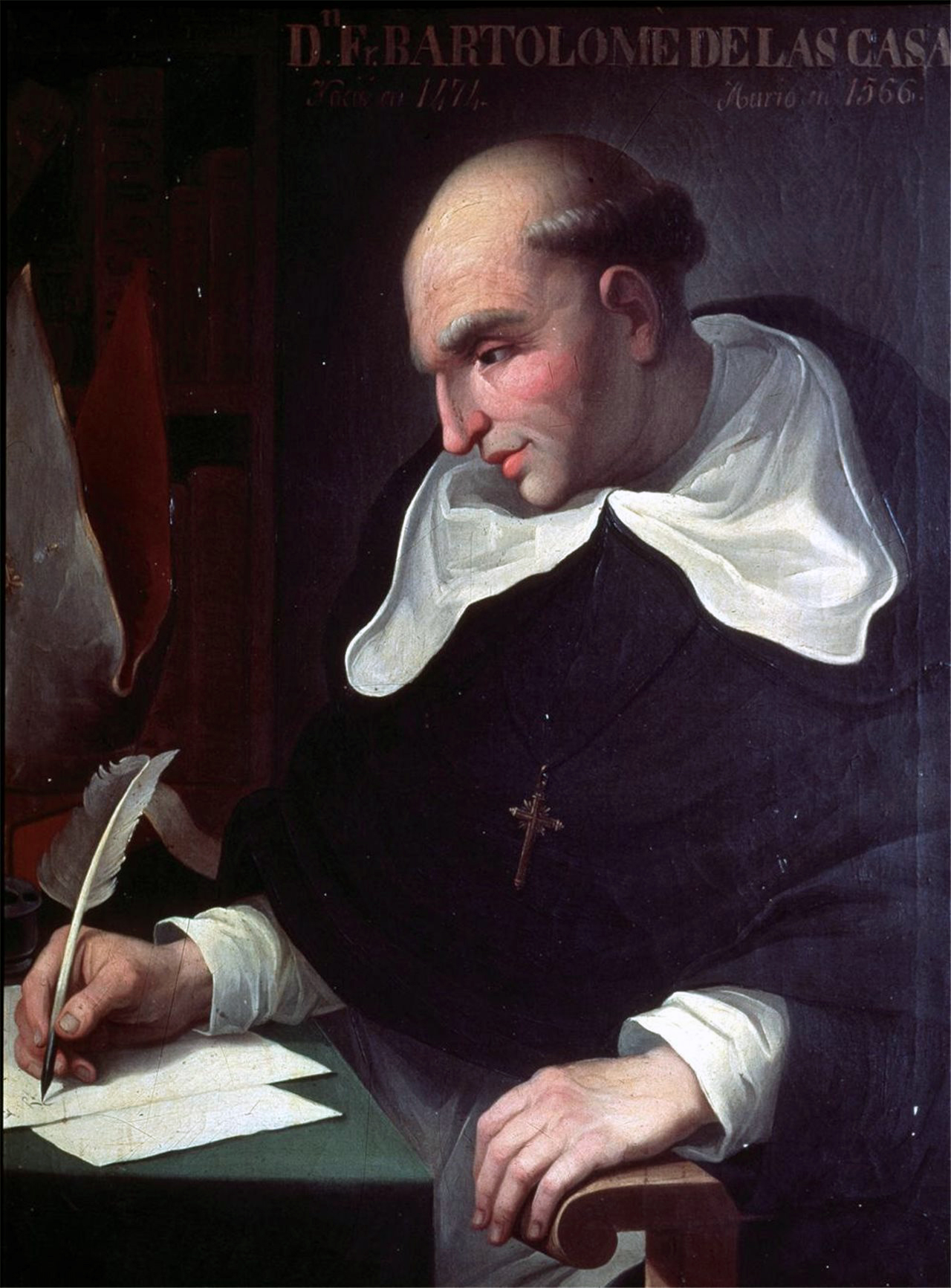 Bartolomé de las Casas ( ; ; 11 November 1484 – 18 July 1566) was a 16th-century Spanish landowner, friar, priest, and bishop, famed as a historian and social reformer. He arrived in Hispaniola as a layman then became a Dominican friar and priest. He was appointed as the first resident Bishop of Chiapas, and the first officially appointed "Protector of the Indians". His extensive writings, the most famous being ''A Short Account of the Destruction of the Indies'' and ''Historia de Las Indias'', chronicle the first decades of colonization of the West Indies. He described the atrocities committed by the colonizers against the indigenous peoples.

Arriving as one of the first Spanish (and European) settlers in the Americas, Las Casas initially participated in, but eventually felt compelled to oppose, the abuses committed by colonists against the Native Americans. As a result, in 1515 he gave up his Indian slaves and ''encomienda'', and advocated, before King Charles I of Spain, on behalf of rights for the natives. In his early writings, he advocated the use of African and white slaves instead of Natives in the West Indian colonies but did so without knowing that the Portuguese were carrying out "brutal and unjust wars in the name of spreading the faith". Later in life, he retracted this position, as he regarded both forms of slavery as equally wrong. In 1522, he tried to launch a new kind of peaceful colonialism on the coast of Venezuela, but this venture failed. Las Casas entered the Dominican Order and became a friar, leaving public life for a decade. He traveled to Central America, acting as a missionary among the Maya of Guatemala and participating in debates among colonial churchmen about how best to bring the natives to the Christian faith.

Travelling back to Spain to recruit more missionaries, he continued lobbying for the abolition of the ''encomienda'', gaining an important victory by the passage of the New Laws in 1542. He was appointed Bishop of Chiapas, but served only for a short time before he was forced to return to Spain because of resistance to the New Laws by the ''encomenderos'', and conflicts with Spanish settlers because of his pro-Indian policies and activist religious stance. He served in the Spanish court for the remainder of his life; there he held great influence over Indies-related issues. In 1550, he participated in the Valladolid debate, in which Juan Ginés de Sepúlveda argued that the Indians were less than human, and required Spanish masters to become civilized. Las Casas maintained that they were fully human, and that forcefully subjugating them was unjustifiable.

Bartolomé de las Casas spent 50 years of his life actively fighting slavery and the colonial abuse of indigenous peoples, especially by trying to convince the Spanish court to adopt a more humane policy of colonization. Unlike some other priests who sought to destroy the indigenous peoples' native books and writings, he strictly opposed this action. Although he did not completely succeed in changing Spanish views on colonization, his efforts did result in improvement of the legal status of the natives, and in an increased colonial focus on the ethics of colonialism. Provided by Wikipedia
Showing 1 - 20 results of 79 for search 'Casas, Bartolomé de las, 1484-1566', query time: 0.18s Refine Results
Search Tools: Get RSS Feed — Email this Search