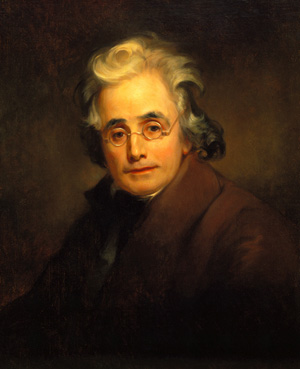 Peter Stephen Du Ponceau (born Pierre-Étienne du Ponceau, June 3, 1760 – April 1, 1844) was a French-American linguist, philosopher, and jurist. After emigrating to the colonies in 1777, he served in the American Revolutionary War. Afterward, he settled in Philadelphia, where he lived the remainder of his years. He contributed significantly to work on the indigenous languages of the Americas, as well as advancing the understanding of written Chinese. Provided by Wikipedia
Showing 1 - 20 results of 22 for search 'Du Ponceau, Peter Stephen, 1760-1844', query time: 0.22s Refine Results
Search Tools: Get RSS Feed — Email this Search