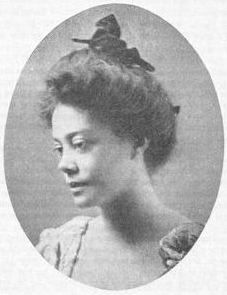 Alice Dunbar Nelson (July 19, 1875 – September 18, 1935) was an American poet, journalist, and political activist. Among the first generation born free in the South after the Civil War, she was one of the prominent African Americans involved in the artistic flourishing of the Harlem Renaissance. Her first husband was the poet Paul Laurence Dunbar. After his death, she married physician Henry A. Callis; and, lastly, was married to Robert J. Nelson, a poet and civil rights activist. She achieved prominence as a poet, author of short stories and dramas, newspaper columnist, activist for women's rights, and editor of two anthologies. Provided by Wikipedia
Showing 1 - 10 results of 10 for search 'Dunbar-Nelson, Alice Moore, 1875-1935', query time: 0.15s Refine Results
Search Tools: Get RSS Feed — Email this Search