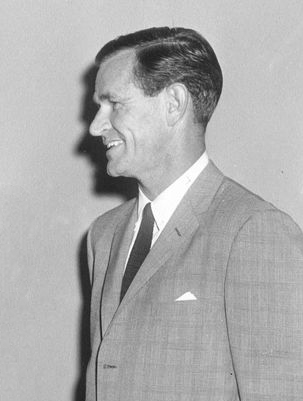 Philip Leslie Graham (July 18, 1915 – August 3, 1963) was an American newspaperman. He served as publisher and later co-owner of ''The Washington Post'' and its parent company, The Washington Post Company. During his years with the Post Company, Graham helped ''The Washington Post'' grow from a struggling local paper to a national publication and the Post Company expand to own other newspapers as well as radio and television stations. He was married to Katharine Graham, a daughter of Eugene Meyer, the previous owner of ''The Washington Post''. Phil Graham, who had bipolar disorder, died by suicide in 1963, after which Katharine took over as publisher, making her one of the first women in charge of a major American newspaper. Provided by Wikipedia
Showing 1 - 5 results of 5 for search 'Graham, Philip, 1898-', query time: 0.13s Refine Results
Search Tools: Get RSS Feed — Email this Search