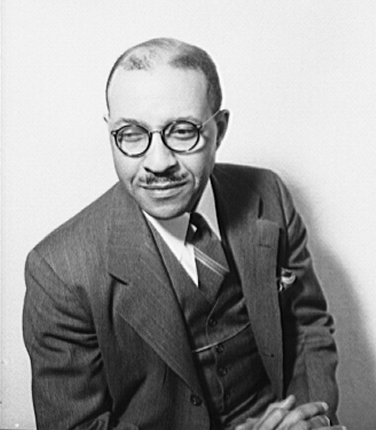 Charles Spurgeon Johnson (July 24, 1893 – October 27, 1956) was an American sociologist and college administrator, the first black president of historically black Fisk University, and a lifelong advocate for racial equality and the advancement of civil rights for African Americans and all ethnic minorities. He preferred to work collaboratively with liberal white groups in the South, quietly as a "sideline activist," to get practical results.

His position is often contrasted with that of W. E. B. Du Bois, who was a powerful and militant advocate for blacks and described Johnson as "too conservative." During Johnson's academic studies and leadership of Fisk University during the 1930s and 1940s, the South had legal racial segregation and Jim Crow discriminatory laws and practices, including having disfranchised most black voters in constitutions passed at the turn of the century. Johnson was unwavering in personal terms in his opposition to this oppressive system, yet he worked hard to change race relations in terms of short-term practical gains.