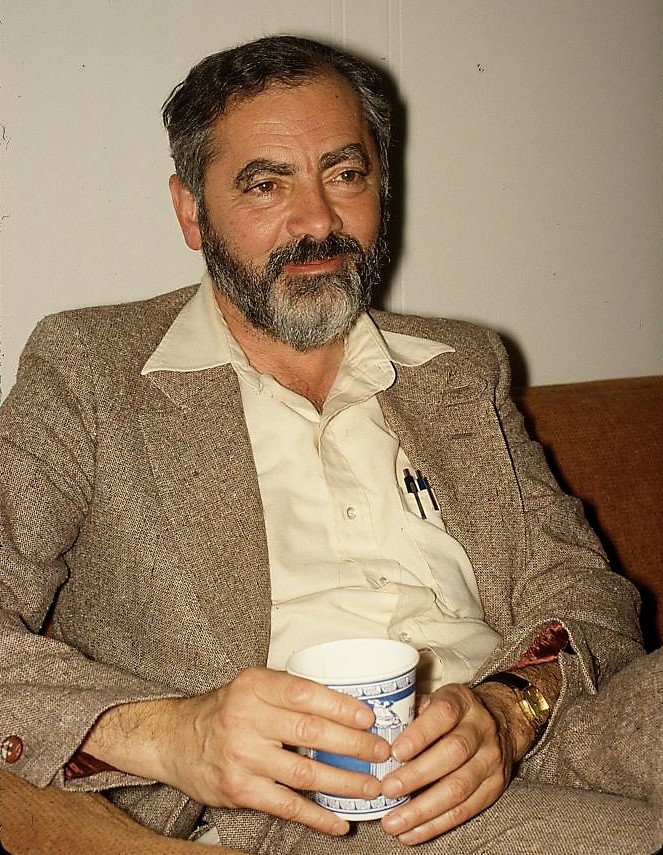 Meir David HaKohen Kahane (; ; born Martin David Kahane; August 1, 1932 – November 5, 1990) was an American-born Israeli ordained Orthodox rabbi, writer, and ultra-nationalist politician who served one term in Israel's Knesset before later being convicted of acts of terrorism. A cofounder of the Jewish Defense League (JDL) and founder of the Israeli political party Kach, he espoused strong views against antisemitism.

Kahane was an intense advocate for Jewish causes. He organized defense squads and patrols in Jewish neighborhoods, and demanded that the Soviet Union release its oppressed Jews. He supported violence against those he regarded as enemies of the Jewish people, called for immediate Jewish mass migration to Israel to avoid a potential "Holocaust" in the United States, supported the restriction of Israel's democracy to its Jewish citizens, and endorsed the annexation of the West Bank and Gaza Strip.

In 1968, Kahane was one of the co-founders of the JDL in the United States. In 1971, he co-founded Kach ("Thus"), a new political party in Israel. That same year, he was convicted in New York for conspiracy to manufacture explosives and received a suspended sentence of five years. In Israel, he was convicted for plotting to blow up the Libyan embassy in Brussels in revenge for the massacre of 11 Israeli athletes at the 1972 Summer Olympics in Munich, receiving a suspended sentence and probation. In 1984, he became a member of the Knesset, when Kach gained its only-ever seat in parliamentary elections. Kahane was boycotted across the aisles of the Knesset, and would often speak in front of an empty chamber. The Israel Broadcasting Authority similarly avoided coverage of his activities. The Central Elections Committee tried to ban Kahane from running in the 1984 elections, but this ban was overturned by the Supreme Court because there was no law to support it. In response, the Knesset approved an ad hoc law that allowed for the banning of parties that are "racist" or "undemocratic". In 1988, despite polls showing Kach gaining popularity due in part to the ongoing First Intifada, Kach was banned from entering that year's elections.

Kahane publicized his "Kahanism" ideology, which he claimed was simply Torah Judaism based on ''Halakha'' (Jewish law), through published works, weekly articles, speeches, debates on college campuses and in synagogues throughout the United States, and appearances on various televised programs and radio shows. In Israel, he proposed enforcing ''Halakha'' as codified by Maimonides and hoped that Israel would eventually adopt ''Halakha'' as state law. Non-Jews wishing to dwell in Israel would have three options: remain as "resident strangers" with limited rights, leave Israel and receive compensation for their property, or be forcibly removed without compensation. While serving in the Knesset in the mid-1980s Kahane proposed numerous laws, none of which passed, to emphasize Judaism in public schools, reduce Israel's bureaucracy, forbid sexual relations between Jews and non-Jews, separate Jewish and Arab neighbourhoods, and end cultural meetings between Jewish and Arab students.