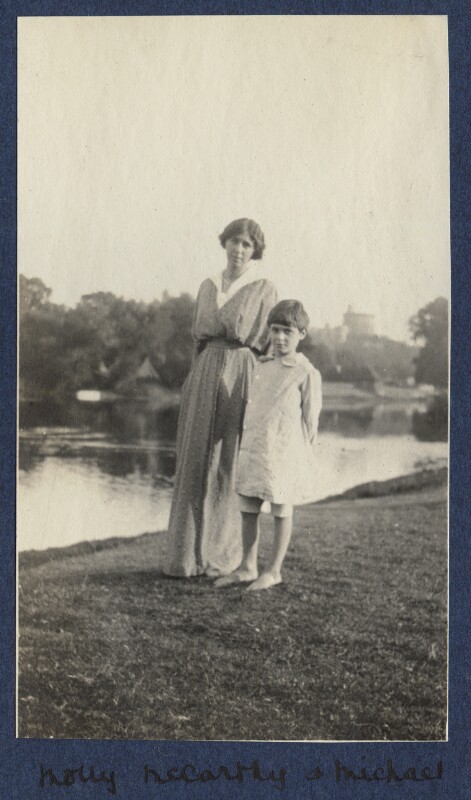 Mary, Lady MacCarthy (August 1882 – 29 December 1953) was a British writer; known for her involvement in the "Bloomsbury Group", and commonly called Molly.

She was born Mary Warre-Cornish in Lynton, Devon; the daughter of schoolmaster and man of letters Francis Warre Warre-Cornish by his wife, Blanche.

In 1906 she married the literary critic Sir Desmond MacCarthy, with whom she had two sons, Michael and Dermod, and a daughter, Rachel (later Lady David Cecil).

Though prevented by progressive hearing-loss from full participation in group conversation, she was active in the Bloomsbury group, as demonstrated by her formation of its Memoir group and Novel group, and by coining the term "Bloomsberries" to describe its members.

She died at Hampton, Middlesex of heart failure, and is buried at the Parish of the Ascension Burial Ground in Cambridge, with her husband. Provided by Wikipedia
Showing 1 - 4 results of 4 for search 'MacCarthy, Mary, 1882-1953', query time: 0.12s Refine Results
Search Tools: Get RSS Feed — Email this Search