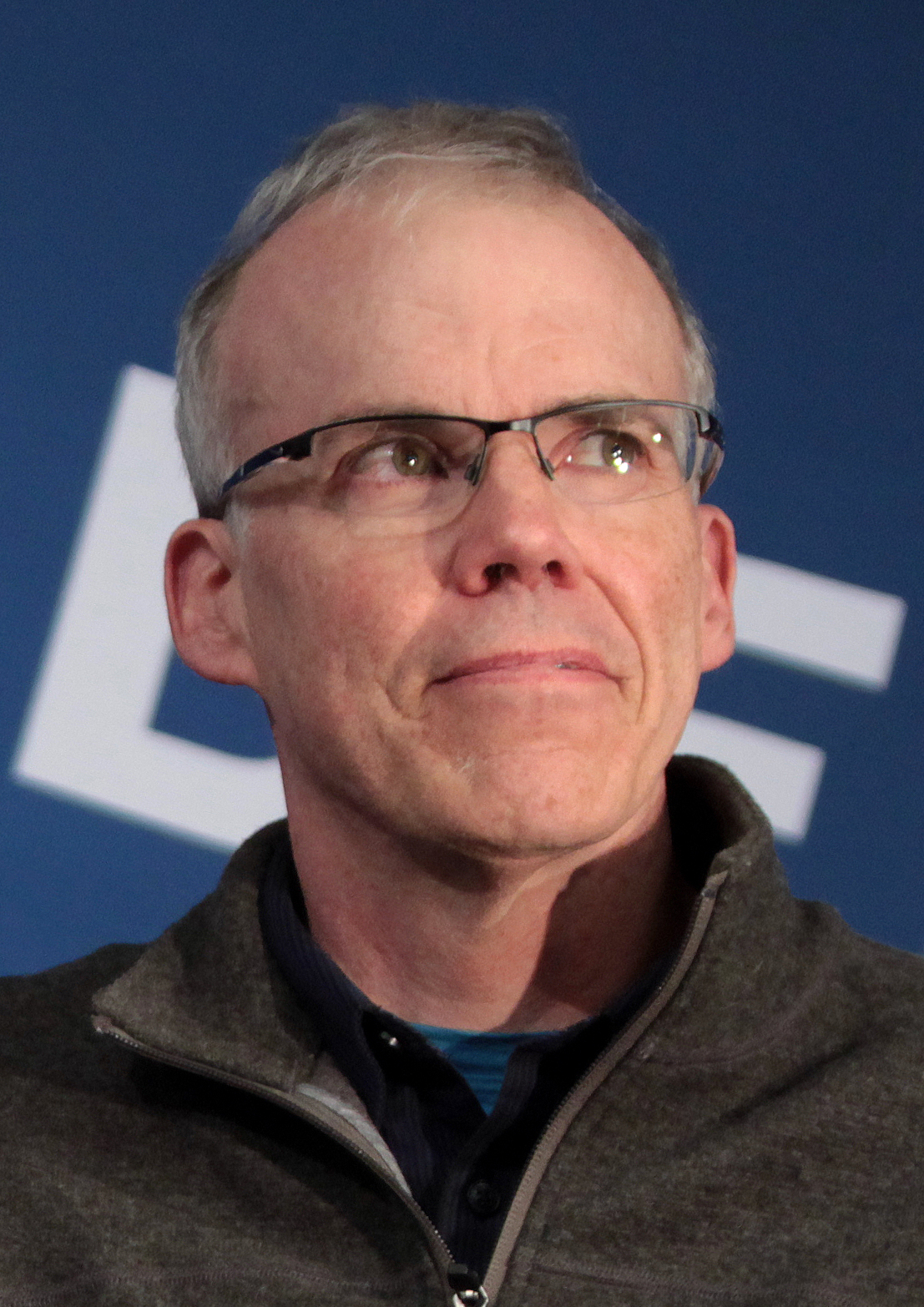 William Ernest McKibben (born December 8, 1960) is an American environmentalist, author, and journalist who has written extensively on the impact of global warming. He is the Schumann Distinguished Scholar at Middlebury College and leader of the climate campaign group 350.org. He has authored a dozen books about the environment, including his first, ''The End of Nature'' (1989), about climate change, and ''Falter: Has the Human Game Begun to Play Itself Out?'' (2019), about the state of the environmental challenges facing humanity and future prospects.

In 2009, he led 350.org's organization of 5,200 simultaneous demonstrations in 181 countries. In 2010, McKibben and 350.org conceived the 10/10/10 Global Work Party, which convened more than 7,000 events in 188 countries, as he had told a large gathering at Warren Wilson College shortly before the event. In December 2010, 350.org coordinated a planet-scale art project, with many of the 20 works visible from satellites. In 2011 and 2012 he led the environmental campaign against the proposed Keystone XL pipeline project and spent three days in jail in Washington, D.C. Two weeks later he was inducted into the literature section of the American Academy of Arts and Sciences.

He was awarded the Gandhi Peace Award in 2013. ''Foreign Policy'' magazine named him to its inaugural list of the 100 most important global thinkers in 2009 and MSN named him one of the dozen most influential men of 2009. In 2010, the ''Boston Globe'' called him "probably the nation's leading environmentalist" and ''Time'' magazine book reviewer Bryan Walsh described him as "the world's best green journalist". In 2014, he was awarded the Right Livelihood Award for "mobilizing growing popular support in the USA and around the world for strong action to counter the threat of global climate change." He has been mentioned as a possible future Secretary of the Interior or Secretary of Energy should a progressive be elected President. Provided by Wikipedia
Showing 1 - 20 results of 25 for search 'McKibben, Bill', query time: 0.26s Refine Results
Search Tools: Get RSS Feed — Email this Search