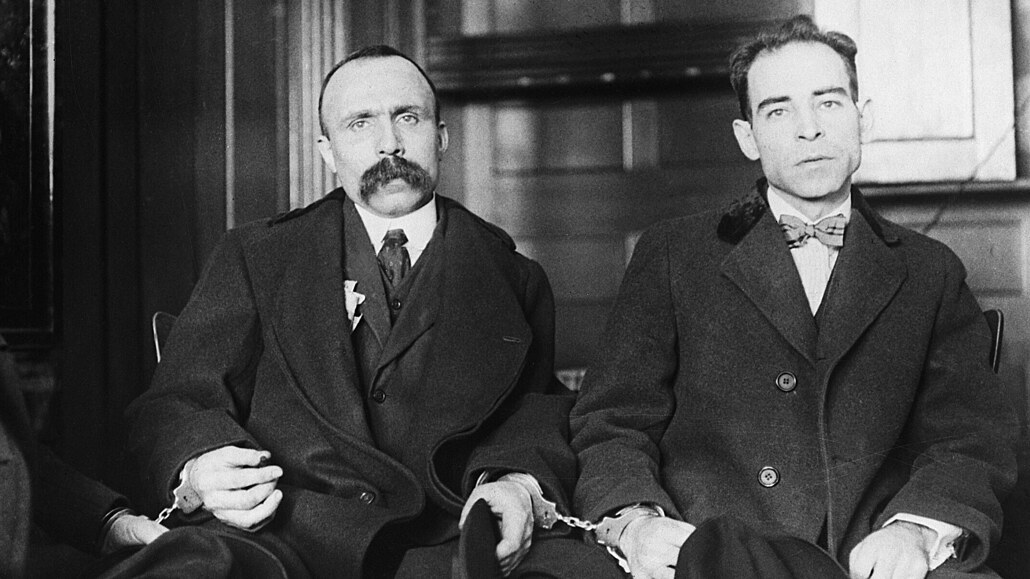 Nicola Sacco (; April 22, 1891 – August 23, 1927) and Bartolomeo Vanzetti (; June 11, 1888 – August 23, 1927) were Italian immigrant anarchists who were controversially accused of murdering a guard and a paymaster during the April 15, 1920, armed robbery of the Slater and Morrill Shoe Company in Braintree, Massachusetts, United States. Seven years later, they were executed in the electric chair at Charlestown State Prison.

After a few hours' deliberation on July 14, 1921, the jury convicted Sacco and Vanzetti of first-degree murder and they were sentenced to death by the trial judge. Anti-Italianism, anti-immigrant, and anti-Anarchist bias were suspected as having heavily influenced the verdict. A series of appeals followed, funded largely by the private Sacco and Vanzetti Defense Committee. The appeals were based on recanted testimony, conflicting ballistics evidence, a prejudicial pretrial statement by the jury foreman, and a confession by an alleged participant in the robbery. All appeals were denied by trial judge Webster Thayer and also later denied by the Massachusetts Supreme Judicial Court. By 1926, the case had drawn worldwide attention. As details of the trial and the men's suspected innocence became known, Sacco and Vanzetti became the center of one of the largest causes célèbres in modern history. In 1927, protests on their behalf were held in every major city in North America and Europe, as well as in Tokyo, Sydney, Melbourne, São Paulo, Rio de Janeiro, Buenos Aires, Dubai, Montevideo, Johannesburg, and Auckland.

Celebrated writers, artists, and academics pleaded for their pardon or for a new trial. Harvard law professor and future Supreme Court justice Felix Frankfurter argued for their innocence in a widely read ''Atlantic Monthly'' article that was later published in book form. Even the Italian fascist dictator Benito Mussolini recognized their innocence and attempted to pressure American authorities to have them released. The two were scheduled to die in April 1927, accelerating the outcry. Responding to a massive influx of telegrams urging their pardon, Massachusetts governor Alvan T. Fuller appointed a three-man commission to investigate the case. After weeks of secret deliberation that included interviews with the judge, lawyers, and several witnesses, the commission upheld the verdict. Sacco and Vanzetti were executed in the electric chair just after midnight on August 23, 1927.

Investigations in the aftermath of the executions continued throughout the 1930s and 1940s. The publication of the men's letters, containing eloquent professions of innocence, intensified belief in their wrongful execution. Additional ballistics tests and incriminating statements by the men's acquaintances have clouded the case. On August 23, 1977—the 50th anniversary of the executions—Massachusetts Governor Michael Dukakis issued a proclamation that Sacco and Vanzetti had been unfairly tried and convicted and that "any disgrace should be forever removed from their names". Provided by Wikipedia
Showing 1 - 6 results of 6 for search 'Sacco, Nicola, 1891-1927', query time: 0.12s Refine Results
Search Tools: Get RSS Feed — Email this Search