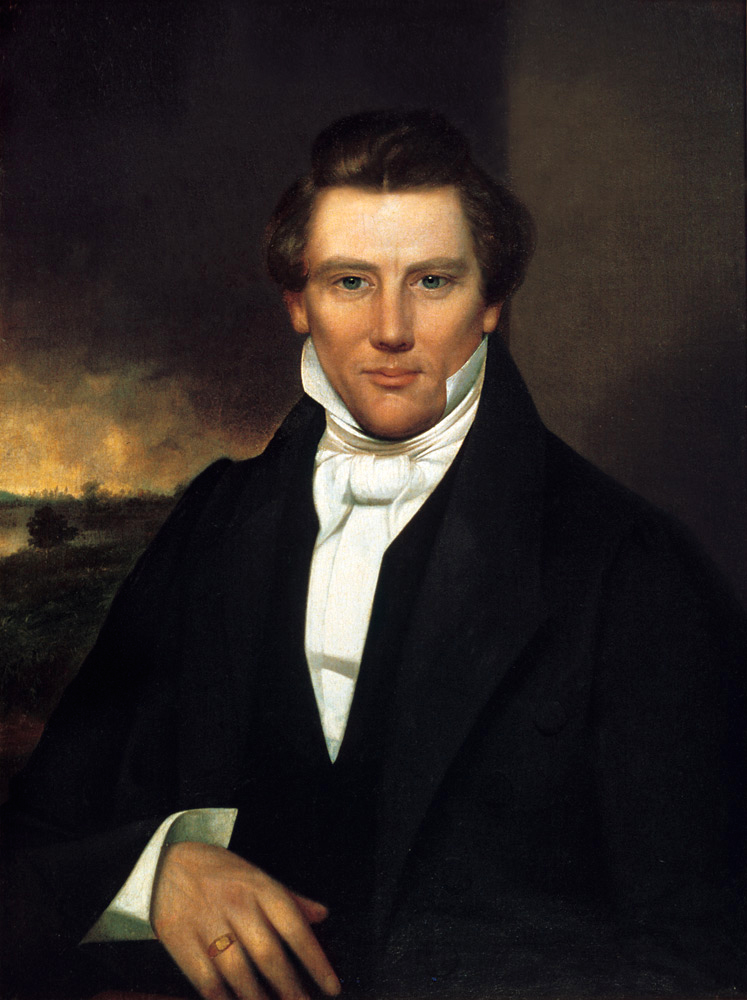 Joseph Smith Jr. (December 23, 1805June 27, 1844) was an American religious leader and founder of Mormonism and the Latter Day Saint movement. When he was 24, Smith published the Book of Mormon. By the time of his death, 14 years later, he had attracted tens of thousands of followers and founded a religion that continues to the present with millions of global adherents.

Smith was born in Sharon, Vermont. By 1817, he had moved with his family to Western New York, the site of intense religious revivalism during the Second Great Awakening. Smith said he experienced a series of visions, including one in 1820 during which he saw "two personages" (whom he eventually described as God the Father and Jesus Christ), and another in 1823 in which an angel directed him to a buried book of golden plates inscribed with a Judeo-Christian history of an ancient American civilization. In 1830, Smith published what he said was an English translation of these plates called the ''Book of Mormon''. The same year he organized the Church of Christ, calling it a restoration of the early Christian church. Members of the church were later called "Latter Day Saints" or "Mormons", and Smith announced a revelation in 1838 that renamed the church as The Church of Jesus Christ of Latter Day Saints.

In 1831, Smith and his followers moved west, planning to build a communal American Zion. They first gathered in Kirtland, Ohio, and established an outpost in Independence, Missouri, which was intended to be Zion's "center place". During the 1830s, Smith sent out missionaries, published revelations, and supervised construction of the Kirtland Temple. Because of the collapse of the church-sponsored Kirtland Safety Society Anti-Banking Company, violent skirmishes with non-Mormon Missourians, and the Mormon extermination order, Smith and his followers established a new settlement at Nauvoo, Illinois, where he became a spiritual and political leader. In 1844, when the ''Nauvoo Expositor'' criticized Smith's power and practice of polygamy, Smith and the Nauvoo city council ordered the destruction of their printing press, inflaming anti-Mormon sentiment. Fearing an invasion of Nauvoo, Smith rode to Carthage, Illinois, to stand trial, but he was killed when a mob stormed the jailhouse.

Smith published many revelations and other texts that his followers regard as scripture. His teachings discuss the nature of God, cosmology, family structures, political organization, and religious collectivism. His followers regard him as a prophet comparable to Moses and Elijah. Several religious denominations identify as the continuation of the church that he organized, including The Church of Jesus Christ of Latter-day Saints (LDS Church) and the Community of Christ. Provided by Wikipedia
Showing 1 - 11 results of 11 for search 'Smith, Joseph, 1945-', query time: 0.18s Refine Results
Search Tools: Get RSS Feed — Email this Search