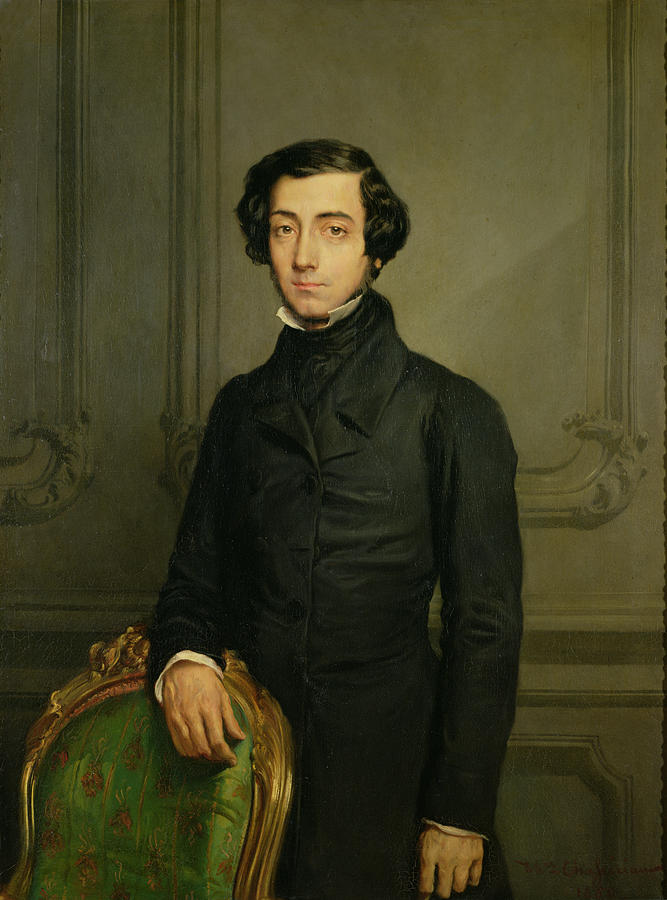 Alexis Charles Henri Clérel, comte de Tocqueville (; 29 July 180516 April 1859), colloquially known as Tocqueville (), was a French aristocrat, diplomat, political scientist, political philosopher and historian. He is best known for his works ''Democracy in America'' (appearing in two volumes, 1835 and 1840) and ''The Old Regime and the Revolution'' (1856). In both, he analyzed the living standards and social conditions of individuals as well as their relationship to the market and state in Western societies. ''Democracy in America'' was published after Tocqueville's travels in the United States and is today considered an early work of sociology and political science.

Tocqueville was active in French politics, first under the July Monarchy (1830–1848) and then during the Second Republic (1849–1851) which succeeded the February 1848 Revolution. He retired from political life after Louis Napoléon Bonaparte's 2 December 1851 coup and thereafter began work on ''The Old Regime and the Revolution''. Tocqueville argued the importance of the French Revolution was to continue the process of modernizing and centralizing the French state which had begun under King Louis XIV. He believed the failure of the Revolution came from the inexperience of the deputies who were too wedded to abstract Enlightenment ideals.

Tocqueville was a classical liberal who advocated parliamentary government and was skeptical of the extremes of democracy. During his time in parliament, he was a member of the centre-left, but the complex and restless nature of his liberalism has led to contrasting interpretations and admirers across the political spectrum. Provided by Wikipedia
Showing 1 - 20 results of 84 for search 'Tocqueville, Alexis de, 1805-1859', query time: 0.17s Refine Results
Search Tools: Get RSS Feed — Email this Search